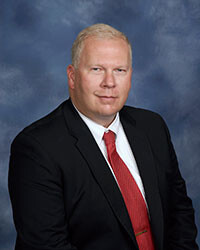 A native of Moultrie, Brother Robert attended the Baptist College of Florida, received his Masters of Divinity for Liberty University and his Doctorate of Ministry from Luther Rice Seminary. God called him to Autreyville in November of 2009. Brother Robert is married to Mendy, and they have three children Shelby (who is married to Will Flowers), MaryGrace, and Trey. Feel free to contact Bro. Robert at robert.mccoy@autreyvillebaptist.com 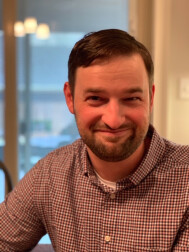 Music Minister, Jacob C. Thompson was born and raised in Tifton, Ga. He and his wife Celia have a daughter named Ila Jane. Jacob is the band director at C.A. Gray Jr. High School and assists with the 50th Regiment Marching Band. Jacob has been at Autreyville Baptist Church serving as the Music Minister since March of 2018. He is a graduate of Abraham Baldwin Agricultural College, where he received his Associates of Art Degree in Instrumental Music Education. He is also a graduate of the University of Georgia with a Bachelor’s of Music in Music Education. Jacob is also finishing up his Master’s Degree in Music Education from Georgia College and State University. Jacob can be contacted at jake.thompson@autreyvillebaptist.com

Youth pastor Aaron R. Willis was born and raised in Moultrie. He and his wife Abby have a daughter, Everley who they love spending time with and two sons, Jonah and Harper, who are waiting for them in Heaven. Aaron has been at Autreyville Baptist Church serving as the Youth Minister since Fall 2011. He is a graduate of Abraham Baldwin Agricultural College, where he received an Associates of Science Degree in Business Administration. He is also a graduate of Valdosta State University, where he received a Bachelors of Arts in Marketing. Aaron has also taken a few courses from Liberty University towards a Masters Degree in Discipleship and Church Planting. Aaron can be contacted at aaron.willis@autreyvillebaptist.com

Brandy Kight has resided in Moultrie since 2003. She and her husband, Bert, have three children; Taylor, Maycey and Karter. Brandy has been the church secretary since December 2009. She is also the Gospel Project secretary and one of the children’s group directors. You can contact Brandy at brandy.kight@autreyvillebaptist.com